This Is Your Grandfather’s Textile Company

“So, let me get this straight. You don’t produce things out of Wool & Mohair, you make the giant burlap bags that hundreds of pounds of Wool get stuffed into for transport for the industry???”

“Yes. We get the burlap (jute) woven fabric from India or Bangladesh and we make the bags and supply them to Wool and Mohair producers. We’ve been doing that for 30+ years.”

“Is there a lot of competition?”

“Years ago, yes. Dozens of businesses, but now we are the only supplier in the United States.”

“And you want to sell your business.”

When I first spoke to Mr. Koock, I knew I was talking with one of those unique “original” people.

A person that a long time ago had a great idea and never stopped working at it. A person that knowingly or not, applied hard work at the right time in the right industry and the result was a success. Little did I know of the story of tenacity that would follow.

A snapshot of the Wool & Mohair industry

In the 1980s the fleece of angora goats or “mohair” had been center stage of its industry for well over a hundred years, dating back to the Civil War. The “Wool & Mohair” industry hit its stride during the onset of WWII, achieving tactical importance by the pentagon and ultimately providing ranchers with subsidies that would last until 1995, even after disappearing from the Pentagon’s list of strategic materials in 1960.

In the early ‘80s, Timothy Koock set out from New York, intending on returning to his Texas roots (dating back to 1846) in the historically German-settled town of Fredericksburg, TX. His vision was to take advantage of his experience with the jute (burlap) industry and knowledge of how to import it from Bangladesh and India. Burlap had long been the traditional method of Wool & Mohair transport due to its natural properties of durability and moisture-wicking. In 1983, Koock executed his plan and bought a building and equipment, and began traveling around the state meeting with ranchers and signing on customers to supply his Woolsacks too. From Texas, Koock traveled to New Mexico and then into the rest of the country, winning accounts that would remain his core customers for the better part of 30 years.

Survival against the odds

The ‘60s brought the introduction of synthetics to the textile market and began the decline of Wool and Mohair’s demand. In 1960 production was at 265 million pounds, trending into the beginning of the ‘90s at 88 million. Despite the decline beginning in the ‘60s, Koock was still able to start his company and thrive. Even after the subsidy program ceased to exist in the mid-‘90s and goat flocks diminished by 50%, Woolsacks remained a consistent burlap bag provider to the industry until ultimately there was no competition remaining. That’s right. A small company in Fredericksburg, Texas, was providing wool sack transportation bags for what was left of the Wool & Mohair industry.

Speaking of the odds…

Not only are we talking about a roller coaster textile industry, but a niche business model that is directly tied to the health of the market. Not only “niche” in its model but also in the fashion that it has a dominant position in the market. It’s not likely that another entrepreneur at this stage in the game will jump into the burlap sack business for wool and mohair or have a way to challenge Woolsacks effectively.

For years now, Niche Manufacturing businesses have been one of the most requested categories of businesses we get requests for when Buyers come to us shopping for a company. There are just not as many of them as there used to be, and they’re tough to find a good one with a profitable niche carved out like this.

Woolsacks benefited from this phenomenon when it went to market. Despite its small size and niche client list, it attracted buyers from all around the country. Sure, the allure of owning a business in Fredericksburg has something to do with it (this was not TXBB’s first rodeo when it comes to selling a business in the beloved German-settled town in the Hill Country – they seem to move quickly there!) But one of the main attractions to Woolsacks was its versatility. There are simply a lot of things you can make with burlap, and every year consumers are trying to reduce their plastic usage and substitute durable, eco-friendly replacements. It’s rugged yet beautiful and able to be made into a myriad of new, attractive product lines to supplement and diversify their dominant position in Wool and Mohair, and why the new owners will find success just as Mr. Koock did, in an industry that sustained his family and employees and many Texas Wool and Mohair ranchers for over thirty years. 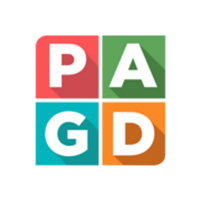 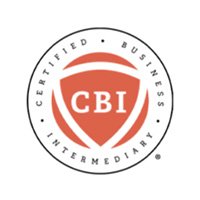 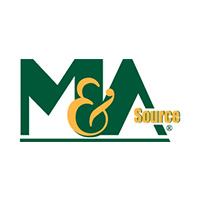 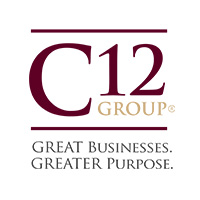